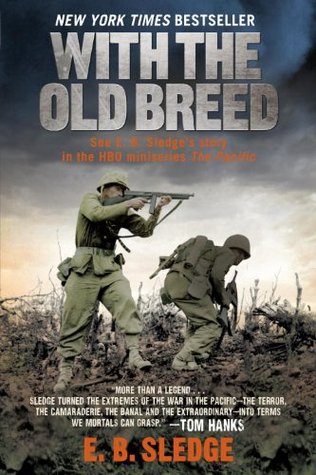 So I have not reviewed a military history book in a while.  I thought I would talk about one of favorite books With the old Breed. Eugene Sledge is a man who I admire a lot and consider a hero. I first heard about his story while watching The Pacific miniseries after yet another rewatch of Band of Brothers. I knew I had to read this book after I finished the show and it is an amazing work of nonfiction. He was so young and saw the most brutal battles of the war in the Pacific. This book is about his experiences in the war and the way he writes is unflinchingly honest. He tells exactly what he saw which was horror filled and unimaginable to me. Peleliu and Okinawa were both brutal battles with heavy casualties. He saw so much in his time in the Marines and he wrote it down in a way that almost puts you there. It is very detailed and full of information.There is so much to process in the work but it is a must-read for anyone who has watched the miniseries or wants to read a first-hand account. Thank you for your service and rest easy.